How To Tell If You Will Get A Stroke Days Before It Happens! – Feed Pink

How To Tell If You Will Get A Stroke Days Before It Happens!

Did you know that strokes are the 3rd leading cause of death for women? As reported by the American Stroke Association, nearly 60 percent of stroke deaths occur in women, meaning that they are more susceptible to this problem compared to men. In addition to this, they are less likely to identify its signs and get proper medical care.

It is worth noting that around 80 percent of strokes are preventable with lifestyle medications, exercise, diet, and medical care.  Understanding why women are more likely to have strokes, which are the signs, and what can be done to prevent them is of utmost importance.

What Causes a Stroke?

Annually, around 800,000 Americans have strokes when a blood blocks the circulation to the brain or when a blood vessel in the brain breaks. When this happens, brain cells are deprived of oxygen and die off.  Additionally, memory, muscle control and other abilities controlled by that area of the brain are lost.

Most people manage to recover after a stroke, but about two-thirds of the victims experience certain level of disability.  In other words, if the stroke does not kill them, it might leave them paralyzed, unable to walk, speak, or live independently.

Why Are Women So Likely to Get Strokes?

Factors like hypertension, high cholesterol levels, lack of exercise, obesity and smoking increase the risk for stroke in both genders. But, there are certain issues unique to women, putting them at higher risk.

Women live longer than men, and the prevalence of stroke increases with age. Higher prevalence of death and disability might be due to the fact that women are more likely to live alone in their later stages of life, which in turn delays the access to life-saving healthcare.

According to the National Stroke Association, migraines with aura increase the risk for stroke in women two and a half times.

Most women typically put others first.  They hesitate to ask for health until after they have finished their chores and taken care of the family members.

Most studies, tests, and treatments throughout history are focused on men, neglecting the fact that women have different risks for stroke and similar diseases and that they respond differently to a particular treatment.

Unfortunately, there is a history of gender discrimination in healthcare that makes women reluctant to seek the care they need. They often hesitate to ask for further testing or a second opinion, too.

“Furthermore, sometimes when women arrive at the hospital with symptoms, they’re misdiagnosed until it’s too late.”

What Are the Signs of Strokes in Women?

According to The American Heart Association, everyone should be familiar with the the acronym FAST:

“Other stroke symptoms include sudden numbness of the face, arm or leg, sudden trouble seeing in one or both eyes, trouble walking and sudden headache that feels like the worst headache of your life,” Mieres adds.

Additionally, the National Stroke Association notes that women are likely to experience symptoms that are different to those typical for men. Those include:

How To Tighten Loose Skin After Weight Loss

Every Woman Should Know These 15 Tricks With Baking Soda

Dietary Program for Those Who Wish to Lose Weight Fast!

One Shake 3 Benefits of Your Body

How To Remove Stretch Marks After Pregnancy

How To Cure Varicose Veins with Tomatoes

11 Tips to Boost Your Metabolism

A Healing Cucumber and Garlic Salad That Lowers Cholesterol 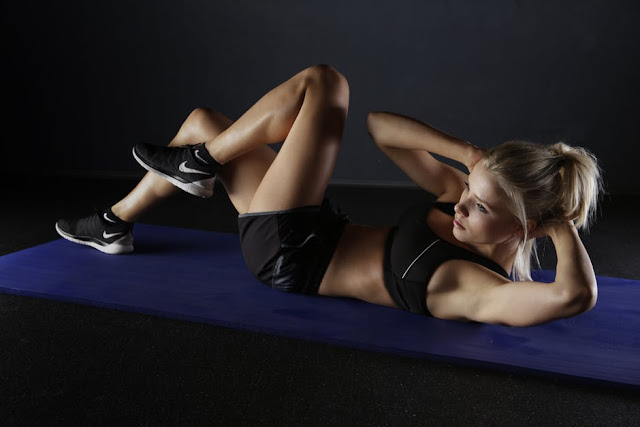 How To Health Fitness Exercise For A Better Life

How to Have a Long and Healthy Marriage;10 Advices from Older People
×